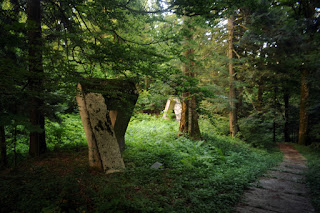 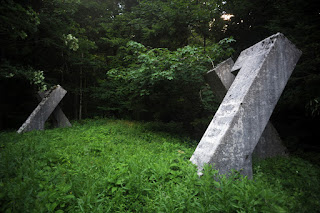 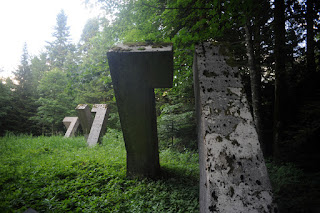 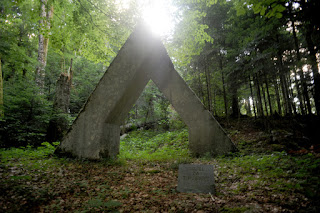 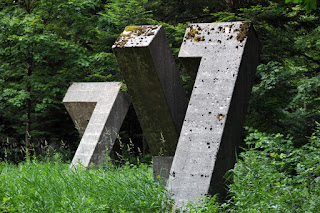 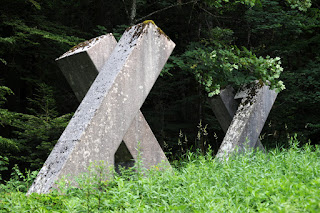 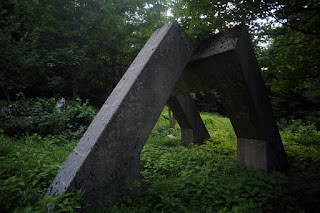 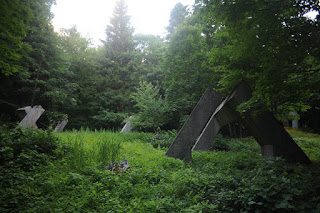 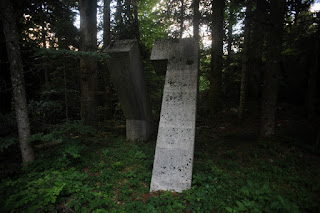 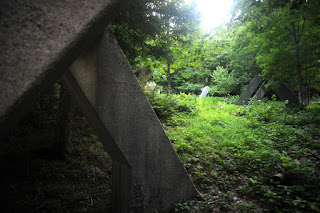 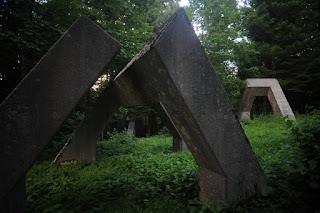 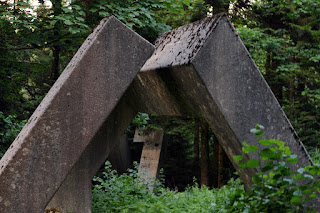 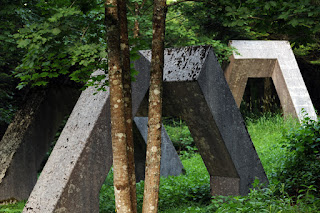 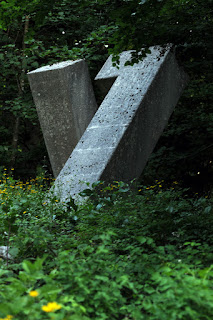 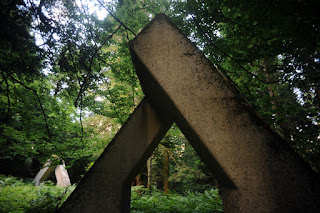 Last November i found a monography of Zdenko Kolacio in an Antiquariat in Zagreb. I knew about him and already photographed some of his monuments. One of the last pictures in the book shows a geometrical monument in the middle of a forrest. I started to research it but was not able to find anything about it in the internet. In springtime, i had found enough hints in books and encyklopedias to encircle the area were it should be. Finaly in the beginning of July i went on the search. And as if i have some seventh sense, i found it without any problems. A wonderful monument-park in a forest on Gorski Kotar. Except the missing writings on some stones (most probably stolen because of the metal) it seemed untouched to me. As i arrived quite late, i am planning to go there again soon, to catch some better light.
Eingestellt von Marko Krojac um 12:33